This past weekend we went to a progressive dinner that was put on by a few members of our Sunday School class. If you aren’t familiar with progressive dinners they are dinner parties in which different courses are eaten at different homes. Since several members of our class live in the same neighborhood we were able to walk from one house to another as we ate our way through appetizers, the main course, and dessert. In addition to the host, each couple brought along a dish to contribute to one of the houses. I chose to bring along these crostini’s for the appetizer portion of the meal. The great thing about this appetizer is that it was easy to pick up and there was no cooking involved so I didn’t have to worry about it getting cold on our way to the dinner. I took the easy way out and bought pre-made baguette rounds from the deli section but you can also make your own by slicing one whole baguette into 1/4 ” slices brush with olive oil and bake in a 400 degree oven for 5 to 7 minutes. 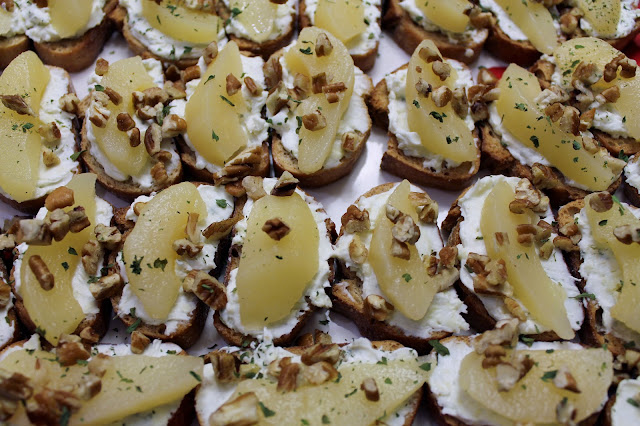